Victimisation in close relationships – evenly distributed between women and men, but more serious against women

While victimisation in 2012 seems evenly distributed between women and men, it is more common for women to be subjected to more serious violence and to have a greater need of help and aid, primarily in the form of medical care. 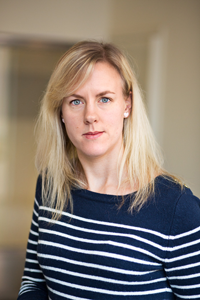 – Around seven per cent of both women and men state that they were victimized in a close relationship during the year 2012. This goes for both psychological as well as physical violence. Women, on the other hand, are more frequently exposed to recurring violence. Measured over a life time, around 25 per cent of women state that they at some point have been victimized in a close relationship. The corresponding figure for men is just under 17 per cent, says Anna Frenzel, researcher at Brå and author of the report Offences in close relationships.

The underlying factors that appear to be most relevant are age, family relations, education, liv­ing conditions, and financial conditions. The victimisation is highest among persons between 16 and 34 years of age, single par­ents, persons without education beyond upper secondary school (gymnasium), and persons living in multi-family residential houses. Victimised women often have worse financial conditions than non-victimised women. There are no clear differences in victimisation between persons born in Sweden and those born abroad.

Read a summary of the report Offences in close relationships Pdf, 728 kB.