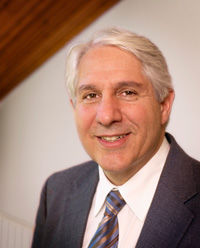 When this year's Stockholm Criminology Symposium opens on Monday it will be the largest so far, with over 600 delegates signing up to take part in a total of 60 sessions.

A shift from people to place

This year the prize winner is professor David Weisburd, known for his extensive research on the importance of place in policing. Weisburd shows that, perhaps contrary to what is often believed, crime does not simply shift from place to place in a city. He presents a strong case for place-based policing — showing that it effectively focuses police resources and represents the natural next step in efforts to improve policing.

The traditional practices of policing assume that people, whether victims or offenders, are the key units of police work. The situational approach, writes Weisburd, does not ignore offenders; it merely places them as one part of a broader crime prevention equation that is centered on the context of crime. It demands a shift in the approach to crime prevention, from one that is concerned primarily with why people commit crime to one that looks primarily at why crime occurs in specific settings.

Crime is concentrated in hot spots

Several studies performed since the late 1980s produce evidence of the concentration of crime in crime hot spots.  Weisburd and Mazerolle (2000), for example, found that approximately 20 per cent of all disorder crimes and 14 per cent of crimes against persons were concentrated in just 56 drug crime hot spots in Jersey City, New Jersey, an area that comprised only 4.4 per cent of street segments and intersections in the city.

Other research also provides evidence that much crime takes place at micro places such as street segments, indicating that much information about crime would be missed by focusing on larger units such as neighborhoods. In the report The Importance of Place in Policing  Professor David Weisburd and his colleagues summarise the results from an exciting and still relatively new field of research with great potential to improve the effectiveness of the police´s crime prevention work.

The Importance of Place in Policing
More publications