GVI – a strategy to combat serious violence in criminal milieux

The Group Violence Intervention (GVI) is a strategy for reducing violence in criminal milieux, in a specific city or neighbourhood, and is based on cooperation between the police, the municipality, the prison and probation service, and the local community.

The Group Violence Intervention has produced positive results in several US studies when it comes to reducing the most serious violence in criminal milieux. A central starting point for the strategy is that the majority of all serious violence in a society can be linked to a few individuals. In order to reduce violence, society should focus its resources on these individuals and the groups they belong to.

Malmö was the pilot municipality for the 2018–2020 strategy, under the name “Sluta skjut” (stop shooting). Since then, Malmö has chosen to work with the strategy as part of their regular operations.

GVI stands for Group Violence Intervention, or Gruppvåldsintervention in Swedish.

In Sweden, work relating to GVI is run by the Swedish National Council for Crime Prevention (Brå) in partnership with the Swedish Police Authority and the Swedish Prison and Probation Service.

The Group Violence Intervention was first implemented as Operation Ceasefire in Boston in the mid-1990s. The strategy has repeatedly shown that focused cooperation between the police, municipalities and local communities can reduce serious violence such as shootings.

The strategy is based on focused deterrence, and has a group focus. A central starting point for the strategy is that the majority of all serious violence in a society can be linked to a few individuals. In order to reduce violence, society should focus its resources on these individuals and the groups they belong to. The specific focus on the entirety of a group(s) influences norms, and particularly group dynamics, in such a way that conflicts can be resolved by methods other than using serious violence. The strategy relies on three central elements, all of which are equally important and all of which reinforce each other. The three elements are:

A background to GVI in Sweden

Since the 2010s, a rise in deadly violence among criminal groups in Sweden began to appear in the statistics, primarily in the form of firearm violence. It gradually became clear that this was not just a temporary upturn, but a trend. The Swedish National Council for Crime Prevention’s external monitoring identified possible working methods to combat the increased firearm violence in criminal groups. GVI emerged as a powerful tool in the fight against this type of criminality.

Malmö was the pilot municipality for the 2018–2020 strategy, under the name “Sluta skjut” (stop shooting). Since then, Malmö has chosen to work with the strategy as part of their regular operations. Find out more about Sluta skjut here.

In autumn 2021, the Swedish National Council for Crime Prevention, the Swedish Police Authority and the Swedish Prison and Probation Service were commissioned by the Government to spread GVI together to more locations, and the agencies have formed a national support team to assist new local implementations. This assignment includes drawing on the experiences gained from Sluta skjut. In practical terms, this means that the agencies provide local authorities and organisations with method support for the strategy. It also involves ensuring that each new implementation is evaluated appropriately. The aim is to increase knowledge about how to prevent serious violence such as shootings in Sweden.

To date, the municipalities of Örebro, Gothenburg, Uppsala, Huddinge, Järfälla and Upplands-Bro – in partnership with the Swedish Prison and Probation Service and the police – have decided to start working with the strategy. When the strategy is implemented in a new location, it often needs to be adapted in line with local circumstances while ensuring that the basic elements are preserved.

The work with GVI in Sweden is part-funded by the EU’s Internal Security Fund (ISF). Brå has engaged the National Network for Safe Communities (NNSC) at John Jay College in the United States (which is currently working to further develop the strategy) to join the project. The NNSC provided operational support for the pilot project in Malmö.

Here, you can watch David Kennedy’s lecture on Group Violence Intervention (GVI) from the 2017 national conference of “Råd för framtiden” (advice for the future) by the Swedish National Council for Crime Prevention.

Examples of previous research and evaluations:

So far, seven municipalities have decided to work on the basis of the GVI strategy (links to content in Swedish):

Find out more (in Swedish): GVI – a strategy against serious violence – spreads to more cities 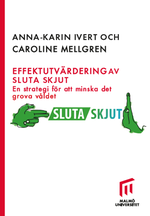 The pilot project, called “Sluta skjut – Tillsammans för ett tryggt Malmö” (stop shooting - together for a safe Malmö), was a partnership between the City of Malmö, Malmö Police District, Development Centre South at the Swedish Police Authority’s National Operations Department, and the Swedish Prison and Probation Service. The pilot project ran for two years, ending on 31 January 2020. Since then, Sluta skjut has continued within regular line operations in Malmö.

Malmö University has carried out two evaluations of Sluta skjut on behalf of Brå.

A process evaluation was published in October 2020, showing that the American strategy could be adapted to suit Swedish conditions and that the model could also be useful in other Swedish cities with similar problems to Malmö.

An impact evaluation was published in February 2021, showing that the number of shootings in Malmö fell during the Sluta skjut pilot project period. Malmö has also seen a continuous downward trend in terms of shootings in recent years compared to other Swedish cities. However, it is hard to ascertain statistically which factors are behind this decrease.

The results so far

SUMMARY: Evaluation of the implementation of group violence intervention in Malmö Pdf, 367 kB.

A seminar from the 2021 national conference of “Råd för framtiden” (advice for the future). Since 2018, the GVI method – which has been implemented in the form of the Sluta skjut project in Malmö – has become a regular feature of operations in Malmö, and has been evaluated by Malmö University. How does the American GVI method work in Sweden? What effects have been observed? What happens next?

RESEARCH ON GVI AND FOCUSED DETERRENCE

The strategy has been evaluated in the USA

Support for the strategy’s ability to reduce group-related violence has been accumulated over many years since it was first used in Boston. Research and proven experience show reductions in fatal shootings by between 35 and 60 percent in those cities and areas that have implemented GVI. There have also been clear reductions in non-fatal shootings. In addition to the positive effects on serious violence, several evaluations have also shown improved cooperation between actors from the authorities and organisations involved.

The GVI falls under the larger umbrella of focused deterrence strategies. These strategies are problem-oriented and aims to change violent behaviors of offenders by focusing on the dynamics and conditions that shapes them through coordinated law enforcement, community-driven control and social service actions. There is clear academic evidence to suggest that, when properly implemented, focused deterrence can have an effect on serious violence.

When do deterrent methods work?

The European Crime Prevention Network (EUCPN) has described when different forms of deterrent methods do and do not work. An example of when it does work is the use of focused deterrence. 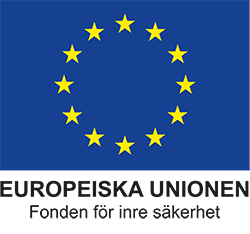 The work involving GVI in Sweden is part-funded by the Internal Security Fund (ISF).