For a year, police in the Swedish cities of Stockholm and Eskilstuna focussed on crime hot spots in two projects targeting muggings and assault. A report from Brå looks at the results and experiences from the projects. 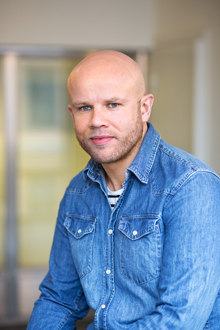 - The studies on preventing crime in hot spots have mostly originated in the United States. It is therefore encouraging to see that it also works under Swedish conditions, says Fredrik Marklund, responsible for the evaluation of the two projects.

Hot spots are certain locations that are especially exposed to crime. In a previous report on the subject, Brå proposed two projects, crime prevention initiatives targeting muggings in Stockholm and open-air assault in Eskilstuna. These efforts have now been evaluated in close collaboration with the police.

On the whole, many of the planned initiatives in both Stockholm and Eskilstuna have been carried out as intended. In Stockholm, a special committee was established, targeting muggings. In Eskilstuna, various actors took part in the work to prevent assault crime at the chosen locations. Here, security staff at clubs and restaurants in crime hot spots played an important role.

- Local authorities were also taking part in the efforts. For example, a couple of streets where traffic increased around closing time, were closed off at night by the municipality of Eskilstuna, says Fredrik Marklund.