A study of smuggling, street dealing, internet sales and buyers.

This report is based on a study of illegal drug markets in Sweden that was conducted by the Swedish National Council for Crime Prevention (Brå) on behalf of the Swedish government. Brå’s investigation provides a broad picture of actors and organisational forms involved in drug trafficking – ranging from smuggling to distribution, street dealing, internet sales and buyers in different markets. 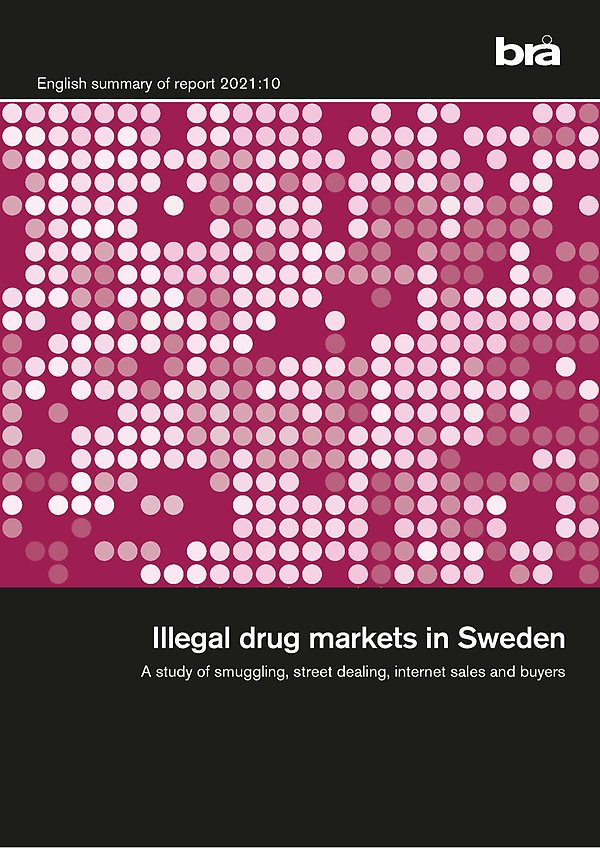 The report shows that the trade in narcotics has changed since Brå’s last studies of the illegal market (Brå 2005:12, Brå 2007:4, Brå 2007:7). Three overall changes have been identified.

This study shows that the contacts between Swedish criminal networks and actors in other countries have, in recent years, been facilitated by new organisational patterns. Smuggling has been streamlined due to the relocation of Swedish organisers in key transit countries. The drug supply chain has been shortened, and the opportunity to import narcotics is open to a broader range of criminal networks than before. Larger consignments are being imported – mainly with the help of legal companies working in the freight industry.

Previously, such territorial claims were regarded as unusual. Today, however, they have both a practical and symbolic significance. The competition for “ownership” of certain streets and locations entails a greater level of conflict, and networks in major towns expanding and dispersing their activities to other locations in Sweden.

New online sales platforms have been established (on Darknet and open internet sites), while social media and encrypted apps have simplified customer recruitment and marketing for street dealers. Certain delivery methods have become more common in recent years, such as home delivery and postal delivery. These delivery methods and sales forms enable people – without prior contacts with dealers – to buy illegal drugs without being detected by the judicial system.

Brå’s commission also includes to “propose how measures taken by the judicial system and the community could be strengthened in order to reduce access to narcotics”. The report presents proposed measures relating to digital communication, smuggling, the criminal controlling of areas, and the long-term provision of knowledge. Below follows a brief description of some of these proposals.