Consistency and relevant considerations in the sentencing of criminal cases 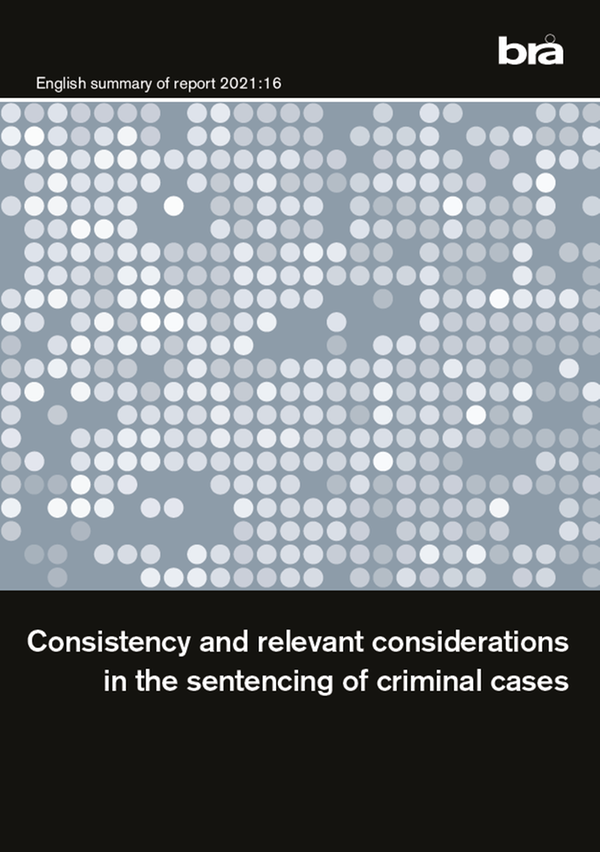 On several previous occasions, Brå (the Swedish National Council for Crime Prevention) has studied the degree of consistency in the sentences imposed by district courts in criminal cases and found differences between Sweden’s various district courts. On the basis of the principle that equivalent cases shall be assessed in the same way, there is reason to study the consistency of sentencing in criminal cases in more detail. In the present report, Brå continues with the study of the sentencing consistency, but also examines which factors are taken into consideration when sentencing, and how this varies between groups of judges and between groups of courts. This has been achieved by means of an experimental vignette study, in which judges were asked to assess the appropriate sentences for a number of fictitious cases. The study examines the following questions:

Brå’s intention is to improve the existing knowledge base regarding factors that may have an impact on equality before the law by contributing to an improved knowledge of both the degree of consistency in judges’ sentencing assessments and the factors that are taken into consideration at different stages of the sentencing process.

With regard to the question of sentencing consistency, the results of the vignette study show that the fictitious cases were assessed in a consistent manner in different areas of the country, with one exception. Judges operating in the jurisdiction of the court of appeal for Skåne and Blekinge assessed the fictitious cases as requiring imprisonment to a lesser extent than judges operating in the jurisdictions of other courts of appeal. No differences were otherwise detected between the groups of judges or courts with regard to their assessments of the penal value of the offences, the choice of sanction, or the length of custodial sentences. One conclusion in the report is therefore that the fictitious cases were largely assessed in a consistent manner.

Download the report to find out more Pdf, 519 kB.