Evaluation of the Sexual Crimes Group in North Stockholm

In 2019, the North Stockholm Police District set up a special investigation team, the Sexual Crimes Group, which only investigates rape cases. This evaluation studies whether the introduction of Group has led to better investigative work in rape cases. 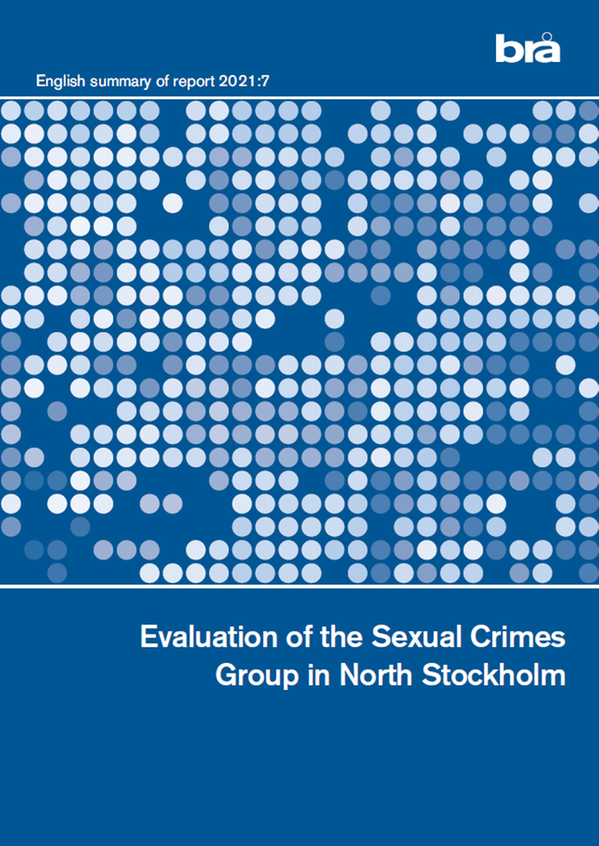 Brå assesses that the organisational model with a specialised rape unit has worked well in the police district of North Stockholm. The Sexual Crimes Group process their cases more rapidly and their investigations are of a higher quality than was previously the case. The proportion of cases assessed to be over-investigated has increased somewhat but is still small (6 percent of the cases examined).

Brå can see several advantages of specialisation: The investigators are motivated and the group builds up competence and effective procedures, and the same investigator is responsible for a case from start to finish. This guarantees investigative work of a consistently high quality.

The fact that the Sexual Crimes Group only investigates rape cases also means that time and energy is ring-fenced for these crimes, i.e. a real increase in resources compared with previously. Additionally, resources have increased since the group was introduced and more investigators have been employed. Brå assesses that the improvements in quality and speed are also due to the increase in resources and not solely due to specialisation.

The proportion of cases finally reported to the prosecution office has increased somewhat but not much more than in similar police districts. There is still some scope for improvement but Brå considers that a marked increase in the proportion of cases finally reaching prosecutors cannot be expected considering the nature of the cases and because there are factors that impact on outcomes which are difficult for the investigating unit to influence.

Brå considers that legal rights for victims in rape cases have improved since the introduction of the Sexual Crimes Group, above all through more robust investigations. Certain quality aspects are also positive for suspects, including better documentation and investigations being conducted more quickly. However, defence counsels and prosecutors see a risk of shortcomings in objectivity which could be negative for suspects. Brå considers that the risk of a loss of objectivity should continue to be borne in mind.

In September 2019, the North Stockholm Police District set up a special investigation team, the Sexual Crimes Group, which only investigates rape cases.1 The group is part of a regional development project on the handling of sexual crime cases. Previously, many rape cases were investigated by the Serious Crime sections (Grova brott) but were often down-prioritised due to a high influx of other serious crimes, such as gang-related shootings, resulting in long investigation times and a high backlog of cases. The purpose of the Sexual Crimes Group is thus to reduce investigation times and simultaneously improve the quality of rape investigations. A further purpose was to achieve an increase in the proportion of cases that were finally reported to the prosecution office.

Since the Sexual Crimes Group was introduced, the majority of rape cases in the police district of North Stockholm have now been investigated in the same place instead of being spread across eight teams in two sections for serious crimes, the section for crime in close relationships (Brott i nära relation, BINR) and different local police districts. The fact that the group only investigates rape cases provides a protected space to concentrate on these investigations. The investigators in the group have applied to work there and bring a variety of previous experience and skills to their role. The number of investigators has increased since the group began from 11 to 17, which means an increase in resources compared with before the group was set up.