An evaluation of the pilot scheme in northern Stockholm. English summary of Brå report 2020:3

A pilot scheme for fast-tracked criminal cases, also known as Fast Track Legal Proceedings, was conducted in the Stockholm North police district in 2018 and 2019.

The pilot was commissioned by the government and is a collaboration between the Police Authority, the Prosecution Authority, the National Board of Forensic Medicine, the National Courts Administration, the Prison and Probation Service and the district courts in Attunda, Norrtälje and Solna. The aim of the pilot scheme is to shorten the time taken to process the simplest volume crimes
while maintaining legal security and quality.

The objective during the initial stage has been to investigate and process crimes within ten weeks, and in the second stage within two to six weeks. Since the beginning of 2019, young offenders under 18 years of age have also been included in the pilot scheme. The objective when it comes to young offenders is to complete the legal proceedings within ten weeks from the date of the crime. 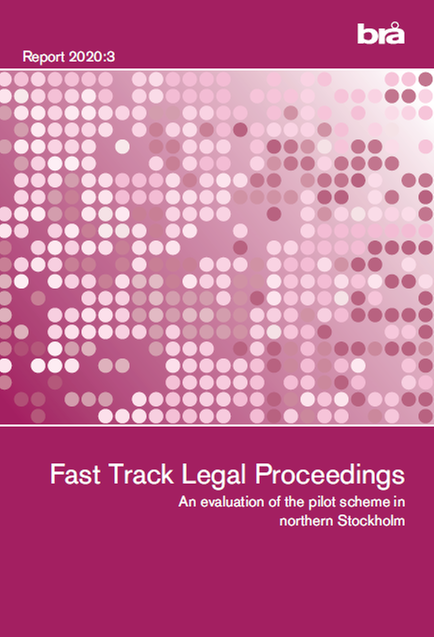